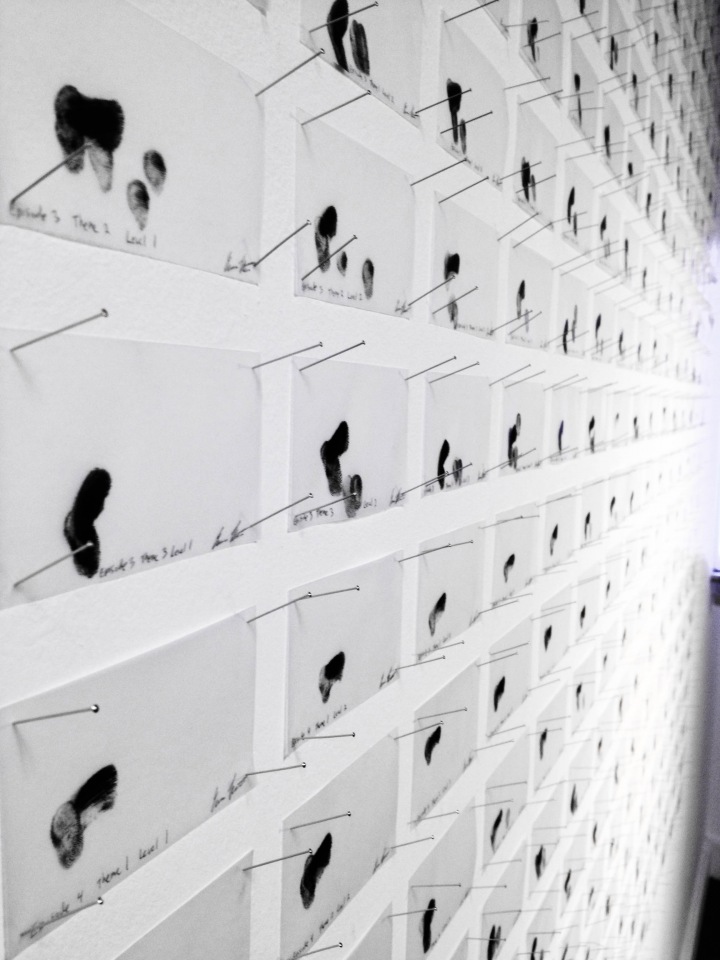 
"[Angry Birds All Levels] comments on the rise of casual gaming, identity and our relationship with mobile devices. Consisting of 300 sheets of tracing paper and black ink, it's a visualization of every finger swipe needed to complete the popular mobile game of the same name. The gestures exist on a sheet of paper that's the same size as the iPhone on which it was originally created. Angry Birds is part of a larger series that Roth has been working on over the last year called Multi-Touch Paintings. These compositions are created by performing simple routine tasks on multi-touch handheld computing devices [ranging from unlocking the device to checking Twitter] with inked fingers. The series is a comment on computing and identity, but also creates an archive of this moment in history where we have started to manipulate pixels directly through gestures that we were unfamiliar with just over 5 years ago. In the end, the viewer is presented with a black and white representation of the gestures that have been prescribed to us in the form of user interaction design."

Behold, The Winning Swipe For Every Level Of Angry Birds, Fast Company, 2012