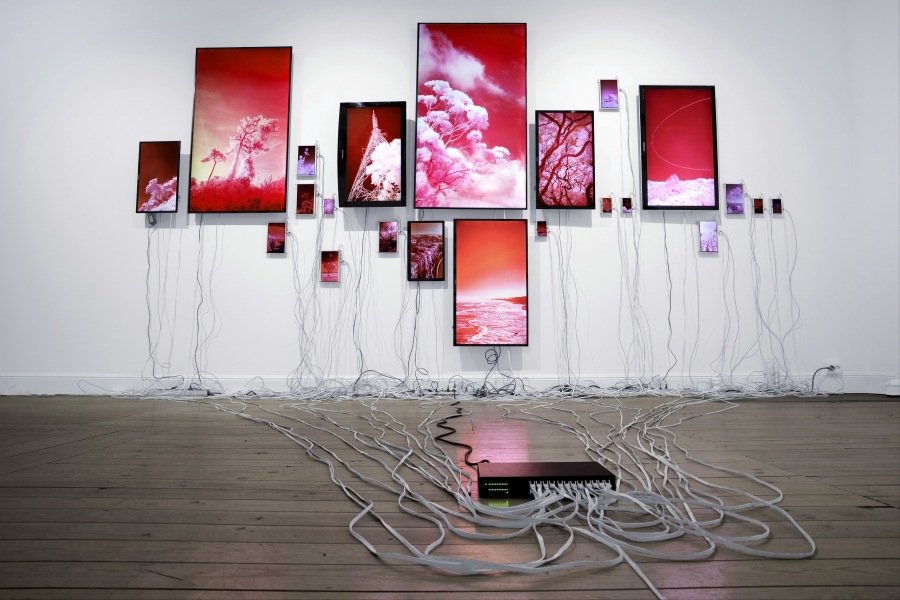 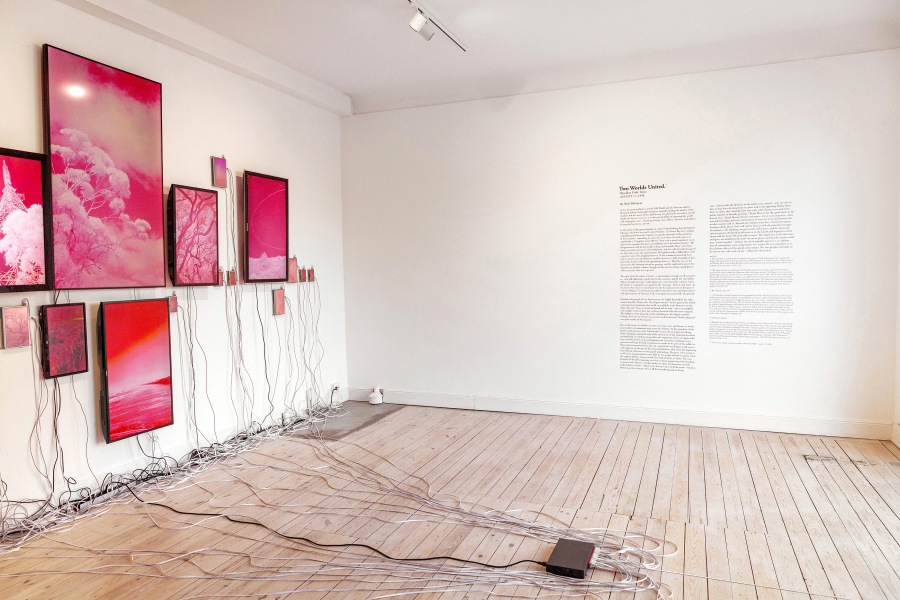 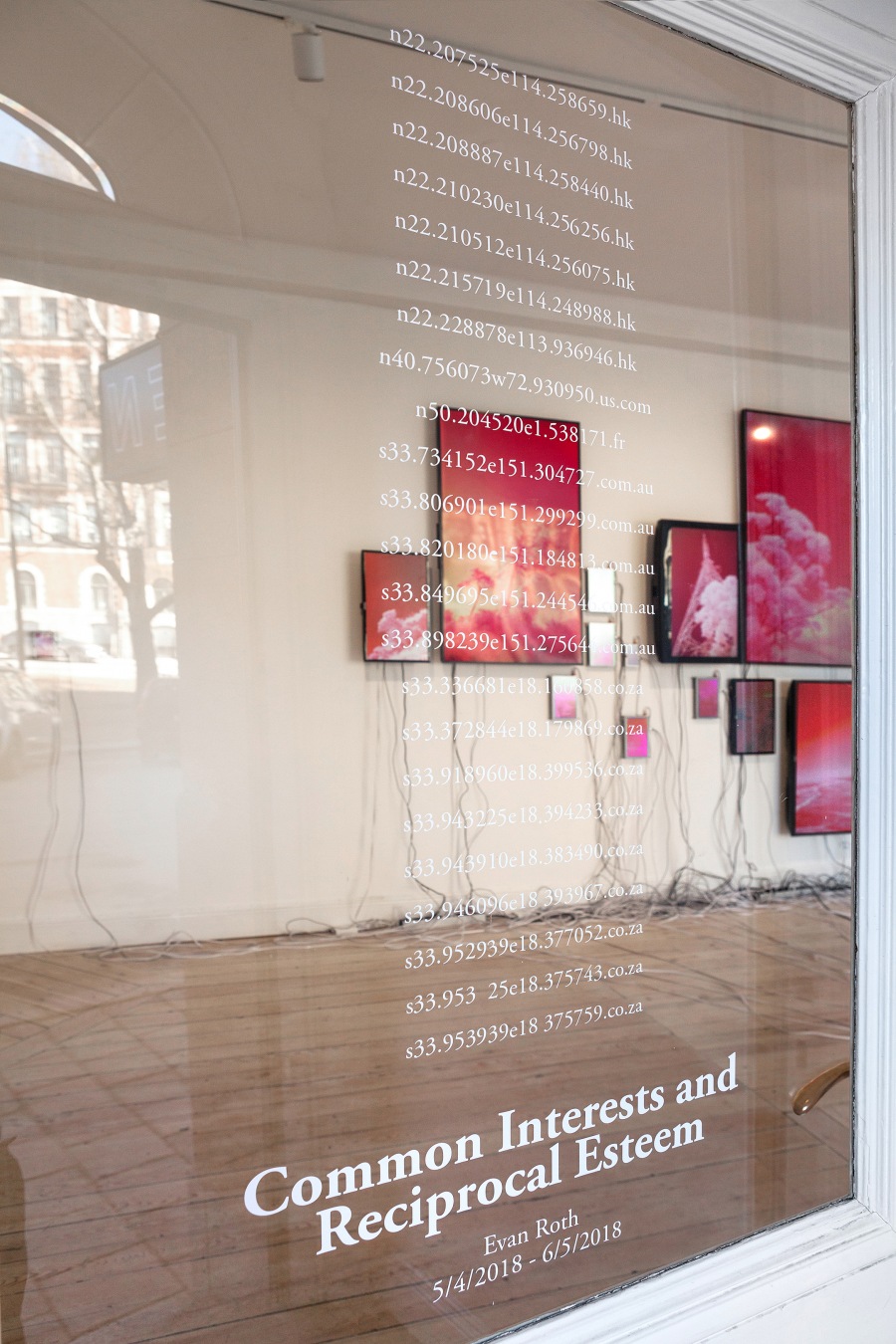 Millions of years prior, our water-dwelling ancestors crawled out of the ocean and began to settle the land. Just as their fins would beget paws, our appendages have developed, and multiplied – as prostheses. Having used them to embrace, probe, smooth, constrict, and reform the earth; having beaten the sky, we reach back to the aqueous. At the shoreline our electric and fibre-optic tentacles submerge; pushing down and outwards into the deep, crossing the Atlantic, the Pacific, and a hundred other littorals, only to surface elsewhere. A body; a landscape: both. For most of us these cables are phantom limbs – invisible though constitutive of our experience. Others are only too aware of just what they are, and what they are capable of touching.

Whereas in the 1990s airports, highways, and hotels, could be characterized as ‘non-places’, apparently resisting questions of history and identity, today they are being upheld as successors to city-states. Network nationalism, techno-secessionism, off-shoring, and supra-national political parties promise new modes of identification. But just because something is a non-place this does not make it a utopia. No-place is perfect, nothing more. Indeed, as government and corporate interests consolidate the walling in of the digital commons, unabashed optimism about the internet seems more a province of Silicon Valley plutocrats than nonconformists. With twisted visions of transparency and convenience unleashing big-data barabarism, we are becoming caught in (our own) web. Under these conditions the vision of the internet pastoral (whereby persons live in harmony with this new technology) appears to have faded. What is a Net Artist to do?

Away from the consumer dreamworlds of Web 2.0, Evan Roth has gone wandering. At a beach in South Africa, and the Southernmost cape of Hong Kong Island, amongst other sites, the artist has sought out locations where the fibre-optic tendrils of global power disappear and/or emerge from obscurity. There, he has trained an infra-red camera not on them, but the general scene. In some of the resulting video works, the reason for Roth’s choice (a particular cable) is completely out of shot. Instead, his frames contain crimson and white trees shaking in the wind, waves rolling up the sand only to fall back again, grasses billowing, and so on. Such images, featuring a set of ‘natural’ geographies contiguous with technical infrastructures, are nevertheless (sublimated) portraits of the internet.

On first sight these offerings might be read as a counter-proposition to the digital sphere; a valorization of the landscape outside/beyond cyberspace; a picturesque invitation to step away from the keyboard and out into the ‘real’ world. But the infra-red constitution of these images mean that they remain coloured by postindustrial reality: In fact, any virtual picture of the world that is conditional upon the delivery of data by fibre-optic cable relies upon infra-red signalling. The internet is, Roth reminds us, ‘an infra laser light, blinking through glass’. This electro-magnetic filter, stacked atop more obviously ‘real’ geography, made up of minerals, molecules, biology, and so on, is increasingly powering the radical rearrangement of the latter. Its overlay is what turns a landscape into, additionally, a netscape – rendering it more intensively exploitable. ‘Filmed’ in the same frequency wave that the internet modulates at, if Roth’s moving images do not always show a figural cable then this is because it is unnecessary – after all, they are pushing the whole pictorial proposition through one, in a gesture that parallels facts on the ground.

This claim does not only relate to the camera mode employed, nor the resulting visual effect. For, despite being displayed in a gallery, the videos themselves are (also) sited elsewhere: Roth calls them ‘network located’ artworks – each scene that is shown, on screen, is running from a feed that issues from a server located in the country where the video was shot. Fusing gallery installation and a kind of geo-spatial drawing practice, a series of lines (in laser beam) are traced from the room where the screens are displayed across continental divides, under oceans, through the actual network, until distant points are connected. If the videos are ever downloaded before being played back, or if they are taken offline, then any saved files count (for Roth) as documentation rather than actual artwork. Perhaps one might call this agenda (web)site-specificity.

Arrayed on the gallery wall, Roth’s red landscapes flicker across a mass of variously sized screens, suggestive of a mutant command and control center – with ethernet cables spilling onto the floor, out of the room and into the walls. As such, the viewer is presented with a series of windows onto the world, all opened at once like so many browser tabs. Leaning on the trope of the panopticon, this dramaturgy directs any question of morality towards the viewer. For these are not just windows. In light of Roth’s sketch of just how they operate, in laser beam, it would appear that the internet screen does not just get looked at: It touches the things that it mediates; it handles scenes and landscapes. Herewith, the most contemporary mutations of the appendage: the hand becomes the eye; the eye becomes an arm, a hand, a tentacle, a world.